The Whisky was there, but maybe you weren’t. Become an expert through our timeline from the archives/1960’s to the present. You will find numerous articles and photos detailing the history of the club.

Soon we’ll be presenting more extensive archives documenting the Whisky’s legendary performers, and will offer you the opportunity to listen to sounds from the past and present. Visit the Archives section often to discover the musical and cultural history of the past four decades on the Sunset Strip.

If you have any recordings, photos, or merchandise representing the Whisky’s rich music history, please contact us! We’d love to display your items on the website so that everyone can enjoy! Ask us about our special incentives!

“Fortunately, an extremely sexy, pixie-voiced blond named Ronnie Harran, who booked the Whisky, saw us…She had an ear for talent…the Whisky was finally a gig we could be proud of…”

“Chris Hillman (of the Byrds) recounts…’What happened to the Buffulo Springfield at the Whisky was similar to what happened to us at Ciro’s…everybody wanted to be there. It became the place to be…a great gig.'”

(“Neil Young: The Definitive Story of His Musical Career”)

“During the stay in L.A., the Stooges played a five-night stand…at the Whisky in Hollywood…a Back Door Man article said “The Stooges Whisky performances were the best live rock ‘n’ roll I have ever witnessed…”

~ Per Nilsen with Dorothy Sherman

(“Johnny Rivers – The Singer, Not the Song” – Goldmine Magazine)

“I was glad to see other blues guitarists like Albert King have crossover successes like me. We played in the same places like the Whisky and the Filmore. When Albert made his guitar cry, he could cut you so deep!”

“Eric Burdon…from the Animals, right? I saved his life one time. There was this guy on the third floor. I forgot his name, but I know his face. I went upstairs and I see this guy go to stab Eric, so I grabbed him and threw him down the stairs and out into the back lot. The next day Eric brought me a box of cigars…’Thanks for saving my life, Mon’…you know how he talks.”

“When LOVE played the still hipper Whisky A Go-Go, further west along Sunset, Arthur Lee claims they ‘started the whole hippy thing’ in tandem with an in-crowd of freaks led by aging beatnik sculptor Vito Paulekas. It was Vito, Carl Franzoni, Sue, Beatle Bob, Bryan Maclean and me…people would come to Ben Frank’s to hang out with us after we played shows.”

(from “LOVE – Through the Keyhole” – MOJO Magazine)

“The Whisky was on the forefront of every musical trend including Motown, Rock ‘N’ Roll, Heavy Metal, Punk and New Wave,” says Mikeal Maglieri, son of Mario.

“I first saw Greg & Duanne Allman in a band called the Hour Glass opening for the Buffalo Springfield at the Fillmore. They had been playing in L.A. at the Hullabaloo and the Whisky while they were recording for Liberty.”

(“Way Out West – In the Sixties” – Record Profile Magazine)

“After the week at the Fillmore we flew down to L.A. to hang out and pick up whatever gigs we could. We did a gig in Santa Barbara on July 1st and then the next night we opened for Sam & Dave at the Whisky…”

“The first time I was in the Whisky, I was hanging out right here; it was raining. It was either Moby Grape or Janis Joplin…playing inside…I was huddled here listening. Mario was over there and he yelled at me, ‘What’s the matter, you don’t have any money?’ I go ‘no’. He goes ‘Get inside!” That’s Mario for ya…he watched us all grow up here…he’s the best!”

“In 1967 Sweetwater started the first of several full week stints at the Whisky A Go-Go, headlining over Steppenwolf for 4 weekdays and opening for Big Brother and the Holding Company on the weekend. Within an amazingly short time they were signed to Reprise; evidently every record company executive in town had been at the Whisky gig to see Janis Joplin & Big Brother.”

“The Mothers had no contract until a night late in November (1965) when they were playing the Whisky for the umpteenth time. Tom Wilson (MGM producer) and Herb Cohen (artist manager) were in the audience.”

(“No Commercial Potential – The Saga of Frank Zappa”) 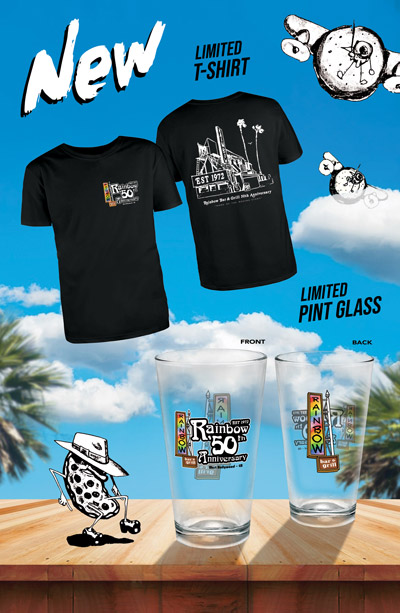