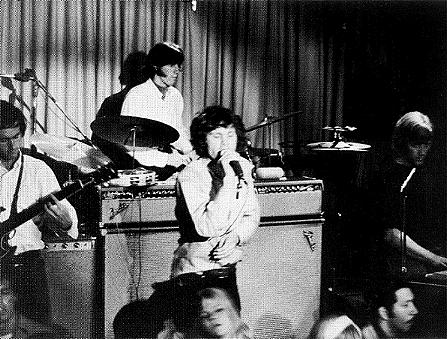 The Doors begin their run as the house band at The Whisky a Go Go opening for every group to play there from May 23 to August 21, 1966. They typically performed two sets per night.

Exposed to a wide-ranging audience, The Doors began to experiment daringly. Allegedly, the experiments often took the form of drug trips, and weekly tales of The Doors’ freaked-out adventures flew: “Morrison was so stoned last night he fell off the stage again”.

During this period The Doors opened for artists as Captain Beefheart And His Magic Band, Buffalo Springfield, Love, Them, The Turtles and Johnny Rivers.

The Doors perform as the house band at the Whisky a Go Go for the final time on August 21,1966.
Jim Morrison misses their first set and the other band members play without him. Before the second set, they go looking for him and find him in Room 203 of the Tropicana Hotel. Jim has dropped acid and is wearing only underwear and a pair of boots. The guys quickly get Jim dressed and drag him to the Whisky for their next set. The last song they perform is “The End” and Jim improvises the Oedipal section into it for the first time, inserting lyrics about his mother and father.

Jim later explained what happened in a 1967 interview with the Cleveland Plain Dealer: “One Sunday night at Whisky a Go Go — we were the second band — something clicked. I realized what the whole song was about, what it had been leading up to. It was powerful. It just happened. They fired us the next day.” 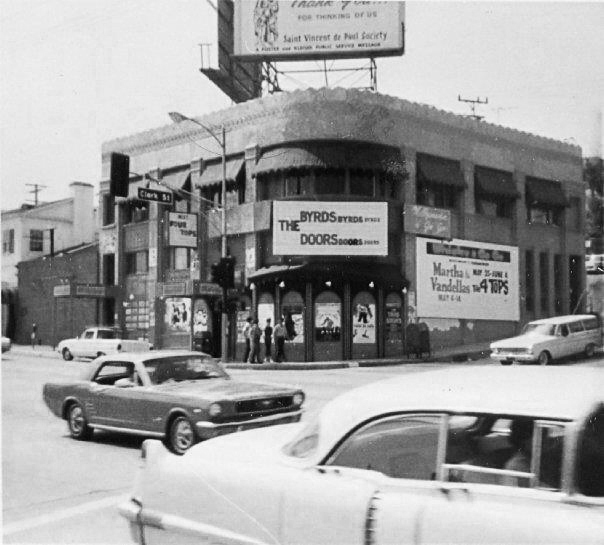